At Hunter Industries, sustainability means achieving a balance between the People we affect, the Planet we impact, and the Profits we earn. What we’ve discovered over the course of our sustainability movement is that we cannot achieve our goals alone. The Ann Hunter-Welborn Circle of Excellence Award recognizes outstanding individuals, companies, and organizations for promoting sustainable practices within our industry.

We hope that by sharing the accomplishments of the award recipients, others will be encouraged to join the cause. As the years pass and more recipients are selected, we want everyone to feel inspired by what this award represents to us and the communities in which we live, work, and play. 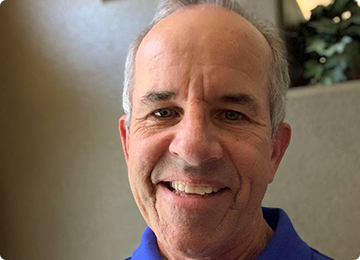 Doug is a fierce advocate for water conservation. He was instrumental in organizing the Irrigation Association’s Smart Water Application Technologies (SWAT) initiative. SWAT brought together irrigation equipment manufacturers, water agency representatives, irrigation contractors, and distribution channel professionals to promote creative approaches to water-use efficiency. Doug and his staff from the Southern Nevada Water Authority are also the creators of the WaterSmart Innovations Conference, which began in 2007 and is the largest urban water efficiency conference of its kind in the world. 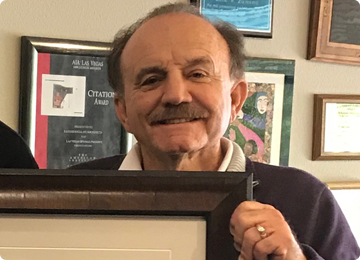 jwzunino.com
Jack is a fellow of the American Society of Landscape Architects, an icon in the landscape design community, and a longtime educator at the University of Nevada at Las Vegas …
Learn More

Jack is a fellow of the American Society of Landscape Architects, an icon in the landscape design community, and a longtime educator at the University of Nevada at Las Vegas. He promoted sustainability and water conservation well before they became commonly accepted best practices. The design concepts and methods pioneered by Jack’s firm have saved millions of gallons of water over many years of service to the environment and our planet. 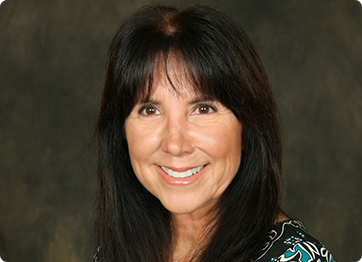 terraprimainc.com
Innovative landscape design firm Terra Prima borrows its name from an Italian phrase that translates to “Earth first” — their approach in everything they do …
Learn More

Innovative landscape design firm Terra Prima borrows its name from an Italian phrase that translates to “Earth first” — their approach in everything they do. Based in Orange County, California, the company believes that every client has a unique and specific set of needs. In turn, every project that Terra Prima undertakes requires a one-of-a-kind solution. From the construction phase to project completion, Terra Prima employs a range of measures to ensure impressive results, including using the latest building techniques, purchasing only the highest-quality materials, and leveraging the most advanced technologies on the market.

Architectural Nexus is a multi-disciplinary architectural design firm whose values are centered on inspiration, stewardship, and regeneration. In 2016 Arch Nexus set out to design and build a new building for their practice in Sacramento that would stand as a physical testament for these values. In doing so they took on the Living Building Challenge as a framework for creating building that goes beyond sustainability and enters the realm of environmental regeneration. It was not easy, but through determination, collaboration, and sheer blood, sweat and tears, Arch Nexus SAC became the first Certified Living Building in the State of California, and the only Living Building in the world that is an adaptive reuse project. A few of the regenerative features at Arch Nexus SAC include rainwater harvesting used for all irrigation, gray water recycling, a living wall, an on-site PV array that produces 175 percent of annual energy needs, an urban agricultural garden, and many more.

In 2015, the San Diego Mayor led a City-Wide “San Diegans Waste No Water Campaign.” The City identified the San Diego Housing Commission (SDHC) as a top 20 water user in the City. SDHC was asked to reduce water usage by 16%, in order to comply with limits the State Water Resources Control Board has set. In response, SDHC partnered with University of California San Diego Bioregional Center for Sustainability Science (UCSD), and Hermann + Simon Landscape Architecture to work with stakeholders (residents, partners and neighbors of SDHC properties) and prepare both a standard BMP design package as well as 5 site specific landscape designs. Prior to completing any designs, it was important for the design team to engage with the stakeholders, learn about their understandings and impressions of a sustainable design, and teach them about nuances in sustainable design such as BMP’s, greywater, efficient irrigation, rain water reuse and site adaptive plants. Upon completion of the stakeholder conferences, Hermann + Simon worked with the design team to create environmentally friendly designs that can be easily replicated, and maintained. In order to create a sense of place, the site specific designs introduced atypical solutions (native turf areas, rain barrels and community gardens) to deliver upon the stakeholder feedback while still providing a sustainable design.

Imad Daher Shaar; Born 1953 in beautiful Ainab, Lebanon; completed collage studies at The Evangelical School and proceeded to graduate and post graduate studies at the American University of Beirut until a Masters Degree in Agriculture / Irrigation Major. Started his career in 1980 at Rabya Landscaping, a great molding school for five years. Co-founded MEAC in 1985 that later in 1995 went under Abunayyan Group to become what it is now, a major regional. He is a known visionary, inspirer, challenge taker and achiever without compromising basic values and ethics. Always worked with strong passion and necessary skills in addressing and providing solutions in water management in the Arabian Gulf Region. During his service as CEO, MEAC picked up most of the iconic projects in Saudi, UAE, Bahrain and Qatar. Atlantis Hotel, Yas Island Projects, Zaabeel Palace, Abu Dhabi Corneich, RIYADH and Buraidah Ringroads, Jubail Royal Commission Industrial city irrigation and automation, Yanbu Royal Commission Industrial City Central irrigation control, Bahrain irrigation and automation. Modestly pleased to have successfully introduce with his team the drip irrigation on date-palms in Saudi Arabia in late nineties in spite of several incidents of being literary kicked out of many farms with his team. An experience will never forget. He pioneered the introduction of Super High Density olive plantation technology into Saudi that saved 50% of the water compared to wheat and increased farmer financial return by 8 times. Through all the years of his career no priority was ever above the respect, appreciation and well being of his colleagues and Human Talent who are the main contributors to the above and many other achievements under MEAC.

Lori Palmquist teaches and practices environmental sustainability continuously, thanks to her double-passion for irrigation efficiency and teaching. Since 2008, she has enjoyed a prime position to influence thousands of professionals and homeowners to use water more wisely. California Water Efficiency Partnership (CalWEP) recently chose Lori and another instructor to train their new trainers of the Qualified Water-Efficient Landscaper course (QWEL). She has taught QWEL 16 times since 2010. Aligned with ReScape California, she has taught water management in 28 of their Qualification Trainings (formerly Bay-Friendly), since 2009. For the UC Master Gardeners, Lori has provided water management classes in four counties, for the past five years. She rewrote the irrigation curriculum and taught 23 Green Gardener trainings for nine years for EcoLandscape California (now merged with ReScape CA). Well-versed in California’s Model Water-Efficient Landscape Ordinance, Lori presents MWELO-compliance trainings – 14 combined solo and team presentations, so far. She’s created irrigation system designs and compliance documents for 62 properties in the Bay Area, Sacramento region, and Southern California. To make irrigation technology more accessible, Lori has created 23 apps, websites and educational platforms as tools for practicing landscape water efficiency. She is developing Puddle-Stompers.com to offer online irrigation education and small-group coaching in irrigation design.

The Sports Turf Managers Association (STMA) is the non-profit, professional association for men and women who manage sports fields worldwide. Since 1981, it has provided education, information and practical knowledge in the art and science of sports field management. More than 2,700 members across 34 local chapters oversee facilities at schools, colleges and universities, parks and recreational facilities, and professional sports stadiums. Sports include football, baseball, soccer, lacrosse, softball, rugby and horse racing. Sports field managers have long been known within the turfgrass industry as dedicated to field and facility management practices that minimize impacts on the environment. This is why the STMA developed a program which validates their stewardship of natural grass fields to their employers, local community and regulators. The program consists of two stages. First, there is an electronic form for the field manager to assess 10 areas of stewardship on an individual field or at a sports complex. After that assessment has been reviewed and graded at an 80 percent or higher level, an attesting process is implemented. That consists of a Certified Sports Field Manager (CSFM) conducting a face-to-face walkthrough of the facility with the sports field manager to validate that the environmental practices are in place. Certification is valid for three years at which time the sports field manager conducts a streamlined reassessment process for recertification. Currently there are 41 facilities certified including two that are in Madrid, Spain. STMA’s Environmental Facility Certification Program is in its second version; version 3.0 will be presented in the summer of 2020 and will be expanded to an eleventh section: Managed Landscape and Open Space.

Championed by Craig Stenvall, facilities director,and Jeff Jurickovich, the irrigation and maintenance supervisor, Butte College is an excellent example of Hunter values by supporting sustainability and lowering their footprint on the environment. They have accomplished this in several ways. First, the college is off the electrical grid. They have installed solar panels in parking lots and throughout the campus which not only supply all the power the campus needs, they also are putting power back on PG&E's power grid. Second, the water for the entire campus, domestic and irrigation, comes from a single well which is also solar powered. To help conserve our natural recourses Butte College has installed Hunter's IMMS Central Control System, which Mr. Jurickovich can access from anywhere in the world. Jeff has also retrofitted all their mix of sports turf rotors to our I-Series rotors, replaced spray nozzles with MP Rotators and updated all Thermal Hydraulic irrigation valves to our ICVs. Finally, Butte College also understands that using the best irrigation equipment isn't enough to maximize savings and make the most of Butte College's conservation efforts, Mr. Jurickovich has completed ALL Hunter technical courses and became one Hunter's first to complete our Expert Irrigation Technician training.

Carl Kominsky, Carl Kominsky and Associates/ Owner [Hunter Trailblazer] Carl Kominsky is a Landscape Architect, Irrigation Consultant and Educator from Tucson, Arizona. Carl is an icon in the irrigation, specification and landscape architecture community. He taught irrigation classes at Pima College and the University of Arizona, Architecture Programs. His vast project experience emphasizes creative design concepts and water conservation innovations. Carl’s “award winning” lifetime project portfolio is truly magnificent. He loves his wife; Terri, traveling, friends, family and the Boston Red Sox! Mr. Kominsky is a living and breathing advocate for sustainability in his work and in his life.

Providing Sustainable Solutions for the Built Environment. Ftyogreen is Australia’s leading specialist in environmental extensive and semi extensive roof gardens, light weight intensive roof gardens, vertical gardens and green facades. They are the key company to help Australian and International developers, architects and landscape architects to create environmentally sustainable gardens integrated into architectural form. They use proprietary technology with 28 years of international research and growing experience perfected to suit various climatic conditions worldwide. The resulting performance of all the gardens is due to the excellent water and nutrient holding properties that enable the gardens to thrive in a sustainable manner.

Studio-MLA believes in advocacy – connecting people and empowering ideas through design initiatives. We leverage the systems-thinking of landscape architecture to recalibrate infrastructure, design high performance landscapes, and apply ecological thinking to urban environments. Through our projects, pro bono efforts, and strategic relationships … we advocate by design. For over twenty years, our role as catalyst has educated and empowered people to translate ideas into culturally-relevant and climate-appropriate places.